Get fresh music recommendations delivered to your inbox every Friday.
We've updated our Terms of Use. You can review the changes here.

Inside the Scordatura album 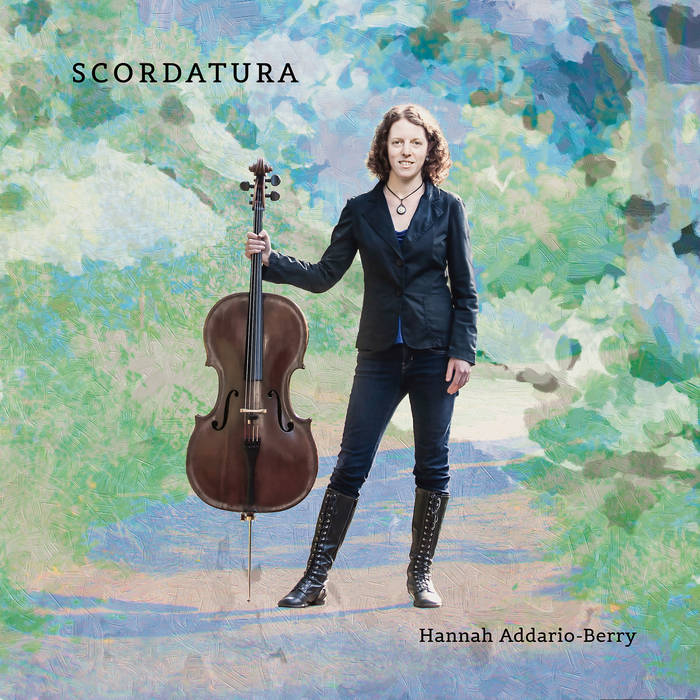 Scordatura celebrates the centenary of Zoltán Kodály's Sonata for Solo Cello, Opus 8. Scordatura refers to the technique of deliberately altering the tuning of a stringed instrument, as Kodály did in this piece. Composed in 1915, the Sonata is a magnificent synthesis of Hungarian folk music and classical structure, expanding the sound of the cello with new techniques and a five octave range. Complementing Kodály’s Sonata is a set of newly commissioned music sharing the same altered tuning: A, D, F#, B.

Miniatures, Book 3: Koans (2015) by Brent Miller
For cello, voice, and dice
Each of the nine miniatures in this collection brings focus to the linkage between Kodály and the major influences on Miller’s compositional output, including Ligeti, Schnittke, Crumb, Tenney, Xenakis, and Pärt. The spoken text is from The Gateless Gate, a collection of koans compiled in the early 13th century by Chinese Zen master Wumen Huikai.
brentmillercomposer.com

Lands End (2015) by Alisa Rose
Lands End is about walking the Lands End trail in San Francisco which leaves from the city and crosses cliffs descending down to a rocky beach. The shape and proportions of the piece mirror the topography of a section of the trail. Rose incorporates American old-time fiddle bowing techniques to highlight the natural resonance of this tuning and create a rhythmic walking feel.
arosefiddle.com

Ekpyrotic: Layerings IV (2015) by Eric Kenneth Malcolm Clark
Clark’s Layerings series calls for the soloist to record the same material multiple times, allowing natural divergences to cause an indeterminate overlapping of musical material. In Ekpyrotic, the cello is prepared with miniature clothespins on the strings, creating bell tones almost like a gamelan in timbre.
erickmclark.com

Sonaquifer - flowing, turning dance (2015) by Gloria Justen
Sonaquifer represents a reservoir of sonic ideas residing in the composer’s memories. It contains templates for melodies, patterns, and primal forms like Song and Dance. Justen’s inspiration for this piece draws on memories of the music of Bach and Bartok as well as patterns of folk music similar to that inspiring Kodály.
gloriajustenmusic.com

Myth’s Daughter (2015) by Lisa Renée Coons
For cello and projected video
Myth’s Daughter was born of fairytales - those the composer’s mother read from a discolored and cracked hardcover edition of Grimm’s. The piece begins with an innocent and playful approach, with the cellist whispering fragments from the stories, interrupted by increasingly virtuosic melodic passages. Video can be seen at:
lisarcoons.com

Calor (2015) by Jerry Liu
Calor is the Latin word for heat. Like heat of a flame, the music flickers between smoldering drowsiness and fiery momentum. Stemless noteheads and meterless measures give the performer freedom to linger or intensify.
youtube.com/jerrygotcello

Canadian cellist Hannah Addario-Berry has been delighting music lovers around the world for over a decade. Specializing in chamber music and solo repertoire, Hannah is passionately committed to performing music by living composers. Along with her exquisite cello playing, Hannah's warmth and unique presentation style enable listeners to forge a deeper connection with music. ... more

Bandcamp Daily  your guide to the world of Bandcamp